Enroll in all three Freelancing School courses and learn all the ins and outs of making a living as an in-demand freelancer (and save $50)!
Buy for $249
Buy for 2 payments of $149 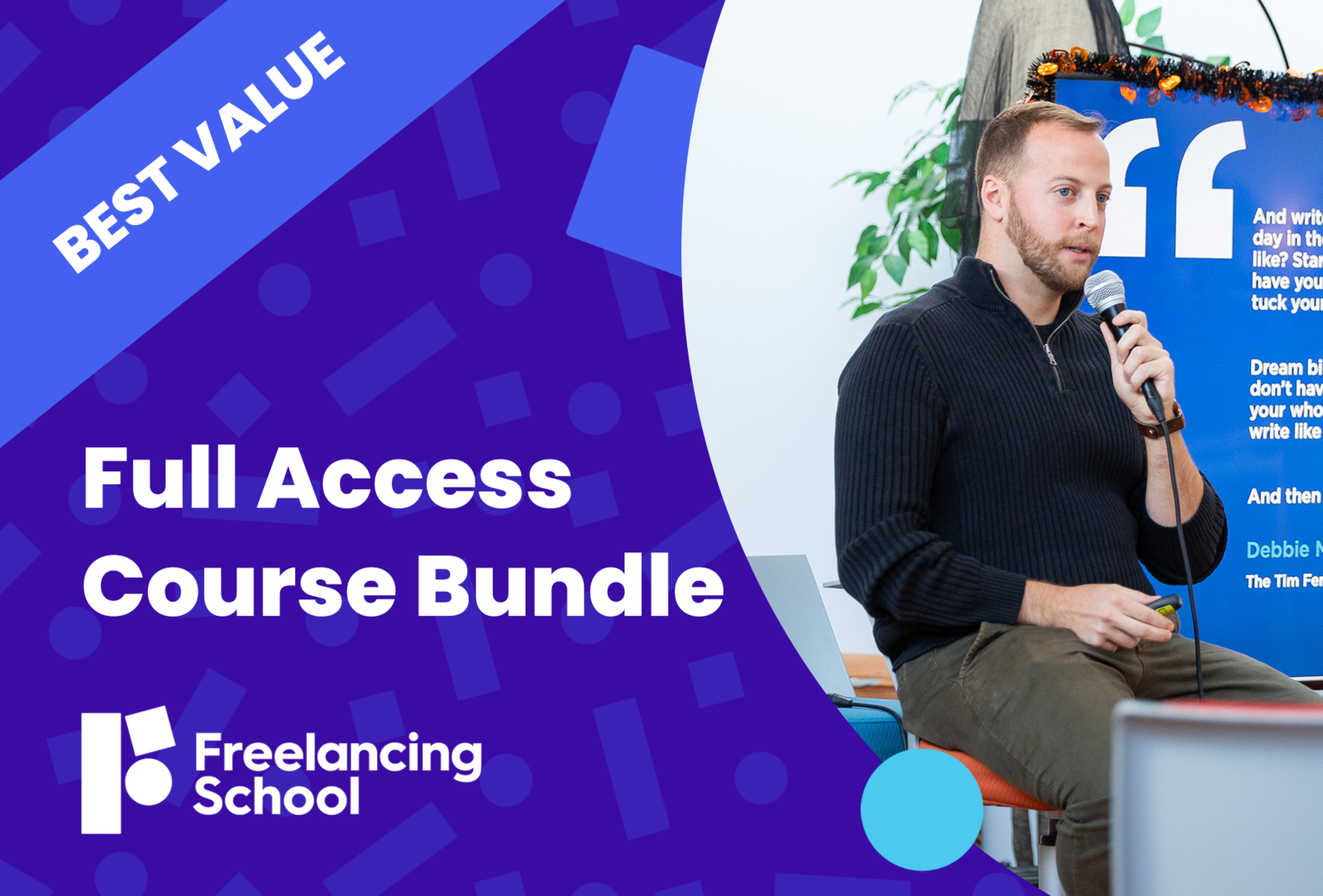 Freelancing should ENHANCE your lifestyle.

Let's build the freelance business you dream about.

Freelancing is on the rise – more people are hiring freelancers than ever before. There's a huge opportunity for you to be your own boss and make a living on your own terms.

Most people find themselves drawn to freelancing for control and flexibility.
Successful freelancers:
Freelancer is an incredible way to make a living if you're doing it well.

But it's not easy to do it well.
So many freelancers quickly find themselves in the same vicious cycle of going project to project.

Successful freelancers are comfortable marketing themselves, selling projects, and running a business.

And unsuccessful freelancers find themselves strapped for both time and cash.

It doesn't have to be that way!
Freelancing School's course bundle will help you succeed as a freelancer.
Enroll now for $249

I'm the creator of Freelancing School, founder of Unreal Collective, and host of Creative Elements.
And just like this profile in The Manual says, I want you to be your own boss.

I am obsessed with helping talented, creative people build the lifestyle that they want for themselves. 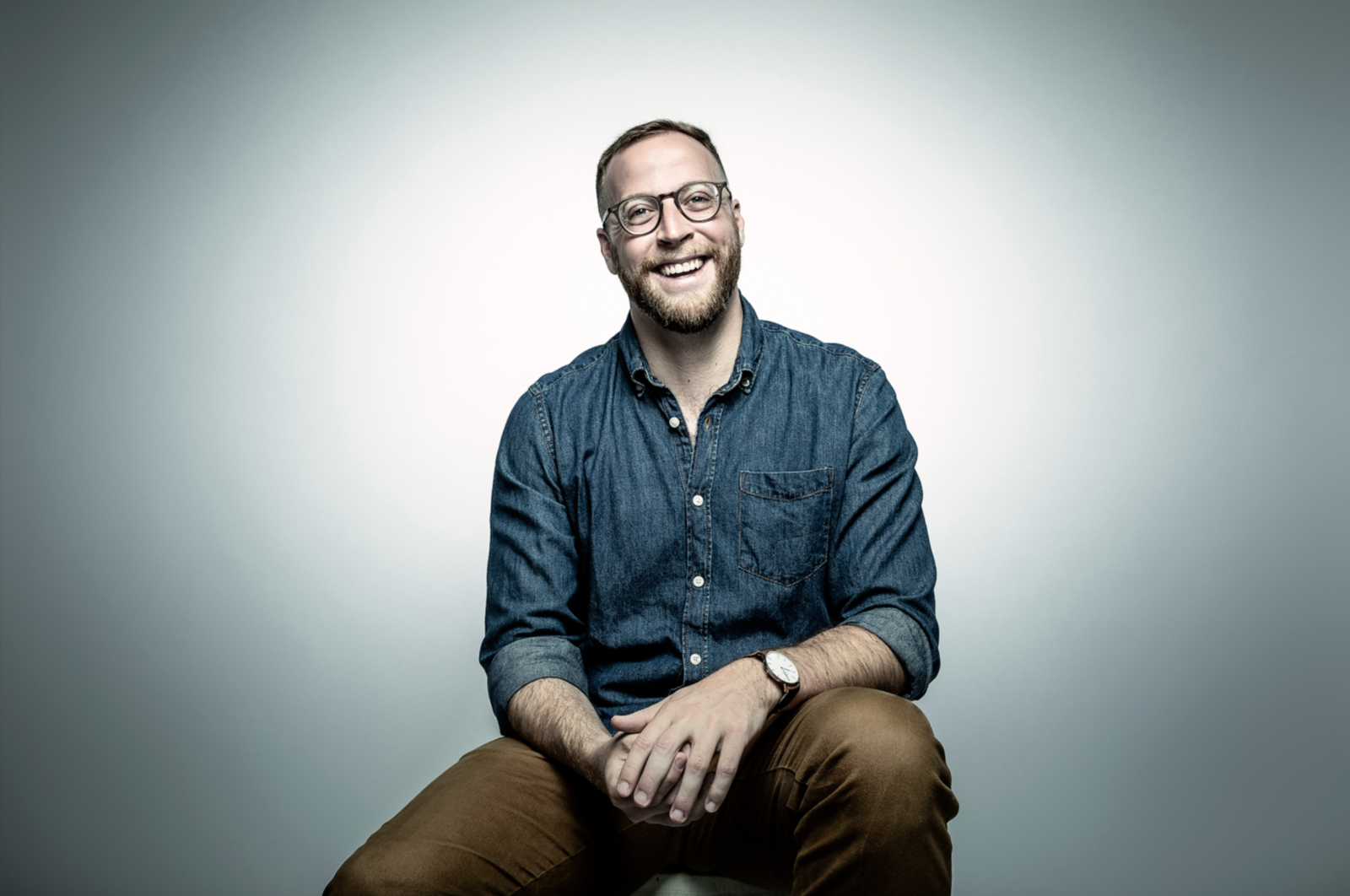 And through my accelerator, Unreal Collective, I've worked with over 100 incredible individuals who have had multi-million dollar exits, six-figure crowdfunding campaigns, left their jobs to go full-time freelance, and bootstrapped technology companies.

I've helped my clients earn more, find balance, and create a more controlled lifestyle. You'll read some of their testimonials below. 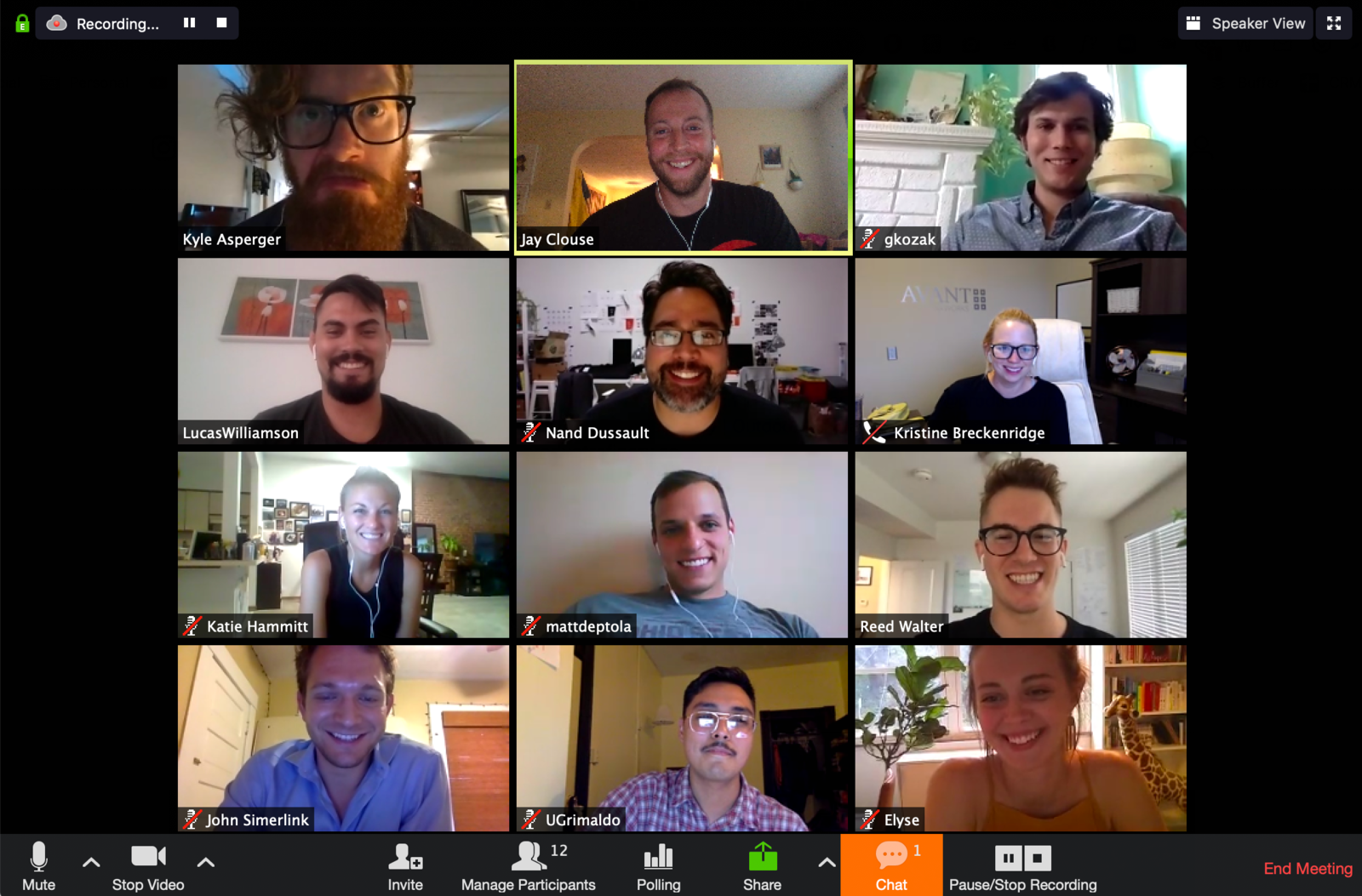 I've helped 40,000+ freelancers through my courses on LinkedIn Learning and Lynda.com 🤯

And I've taken those courses much deeper with Freelancing School. I've created dozens of new videos, proposal templates, email templates, a custom CRM, and more.
I'll give you those templates and walk through how to use them step-by-step.

And inside each of my courses, I include specific action steps that you can apply right away to create new clients and earn more.
Enroll now for $249 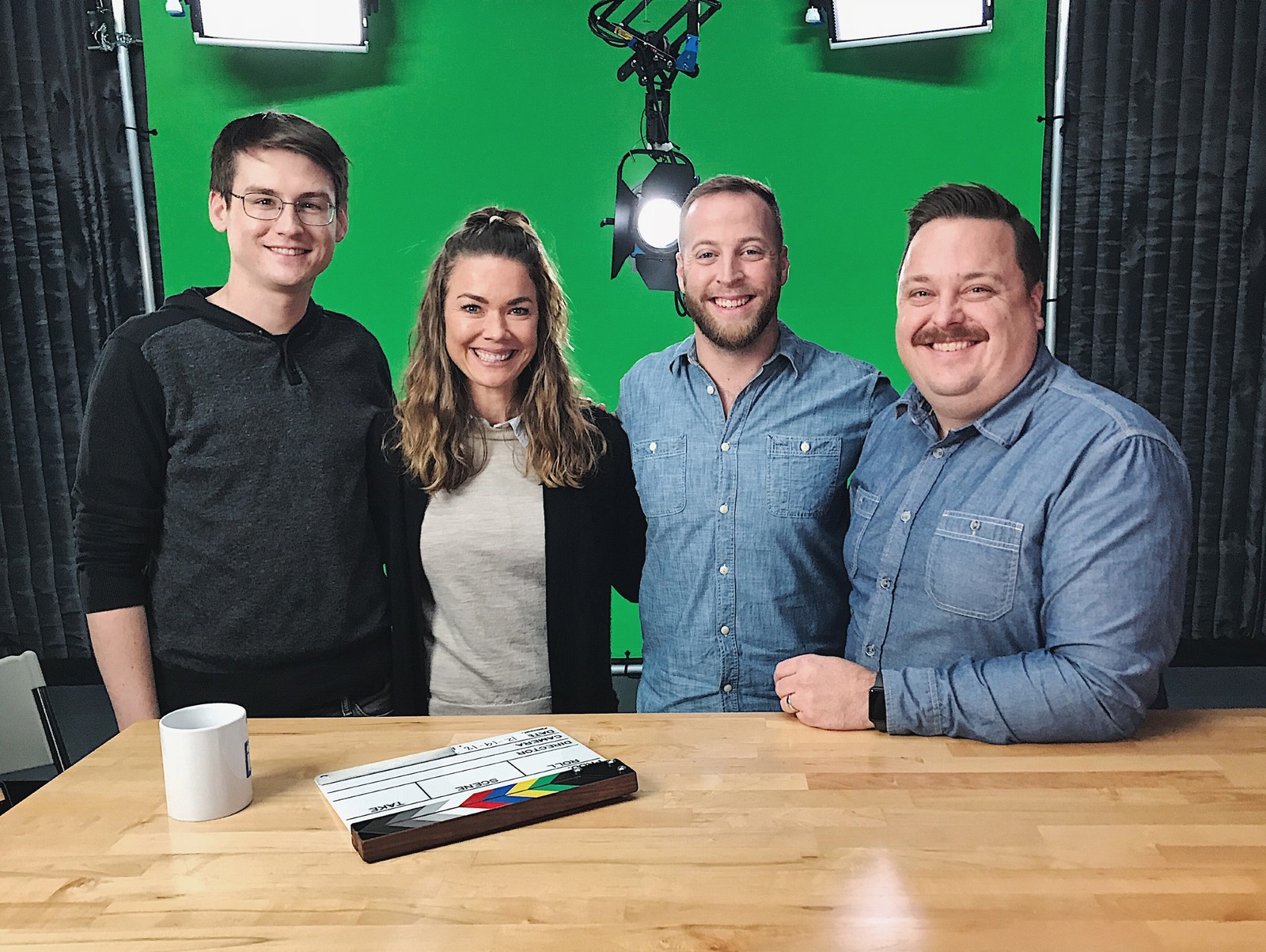 "I binged through the Marketing for Freelancers course. I was skeptical at first because I've been in Marketing for the past 10 years, but a lot of those lessons scratched my itch that I never deal with at work. Overall A+ — I definitely got my money out of it!"

You should spend your time doing the work you do best. This course teaches the systems to make finances, proposals, and contracts easy.
View course $99

Confidently talk about your work, position yourself as the best choice for clients, and get them coming to you.
View course $99

Selling doesn't have to be hard or feel gross. This course teaches tactics you can use to immediately start selling more client work.
View course $99

Inside each course, you will find...

Each video breaks down a key strategy or tactic and run from 3-10 minutes in length.

The videos are predominantly voice over slides and include video of the instructor (me) walking you through the content.

Watching the videos isn't enough. So each and every lesson includes specific steps to take action and apply the ideas learned in the video.

Templates and other resources

Slides for each lesson are available for download. Courses also include other resources including templates, scripts, bonus videos, or behind-the-scenes looks at the systems I use in my business.

"The Proposal Template and video training helped land my first formal client. It reduced the time spent by 70%, and a long-time mentor specifically commented on how clean and well-put-together the document was."

Pixie G.
"I sold my biggest project ever using the proposal template inside of Freelancing School!"

"I doubled my client base and I also launched a website...what used to be a hobby became a legitimate side gig."

Matt R.
"Great information for people thinking about becoming a freelancer or just starting as a freelancer. The content is very relevant, easy to follow, and offers a ton of tools to help the person succeed."
Anonymous
"I needed to binge through this course because I wanted to be more comfortable on a selling call I was on - and it helped! I love all the CRM help - I never knew this was even a thing."
Anonymous

Who should take these courses?

✅ You work with clients in a service-based business
including agencies, consultancies, coaching, financial services, real estate agents, and more

✅ You struggle to talk about yourself and your work

✅ You struggle with the "business" stuff

✅ You are intimidated by taxes, contracts, and money

These are NOT for you if...

❌ You don't run a client-based business

❌ You don't believe your work is worth paying for

❌ You need external motivation to freelance

❌ You don't have the time to commit to the videos

❌ You don't plan to work with clients

❌ You aren't willing to talk about yourself and your work

❌ You aren't willing to change your processes

❌ You won't do the associated exercises

Hey, my name is Jay Clouse. I'm the founder of Unreal Collective, host of Creative Elements, and freelancing instructor for Linkedin Learning / Lynda.com.

Just a few years into freelancing, (several of which were a struggle) I've broken the coveted 6-figure mark working with clients like Atlassian, Pat Flynn and Smart Passive Income, The Ohio State University, and LinkedIn.

Will this work for other client-based businesses?

While the courses are geared towards freelancers, the tools and systems will work for any client-based businesses, including agencies, coaching practices, real estate, and more.
Q

What if I’m only taking on clients part time?

Even if you just want to freelance part time, these courses will help you earn more in the time you do commit to taking on clients.
Q

What if I can't dedicate the time right now?

Purchasing the courses gives you lifetime access. So if you need a few weeks to get started, no problem.
And if you don't feel like you have time to commit to the courses, that is likely an indication that you could benefit from better time management tips inside!
Q

How will this help me feel more confident talking about myself?

Is this worth the price?

I am confident that working through these courses will lead to both time saved as well as new clients gained.
If you're saving time and finding new clients, it doesn't take long to pay back your investment.
Q

OK, but will this actually work for ME?

If you put the time in, this will work for you. I've seen the results in my students as well as in my Unreal Collective clients.

Enter your email to join the free course:
5 Ways in 5 Days to Make More Money Freelancing.

You're signing up to receive emails from Freelancing School
Welcome!
Enter your info below to login.
Forgot your password?